IF you want to read a GERMAN and more detailed version of the “real bio” of Jörg Mörtl aka Jörg Molt, check this out: https://steemit.com/deutsch/@thehodl/causa-joerg-molt-oertl-teil-i-vita-oertl

Jörg Molt was born on 7th December 1972 in Kiel, Germany and grew up in Plön, near Kiel in northern Germany.

Against all his official statements, Jörg Molts education was as an administrant assistant in public service. He got his education at the German Military (Bundeswehr), where he was fired 1995. After this, he worked as an office assistant until 2004 and got divorced from his first wife. From 2004 he was living for years on unemployment benefits granted by the German Government. In 2007 he married his second wife and changed his name to Jörg Örtl, which he got divorced from 3 years later.

He never got an education or did private studies in coding or programming. He tried to earn money by turning his passion into his profession – therefore he called himself DJ ÖRTL, later to “Jörg from Trio Gnadenlos” and later to DJ Molt or DJ Sunlove until 2016.

The self-described “Co-Founder of Bitcoin has 4 kids from three women and never paid and still does not pay for any of his kids child support. He was convicted several times by German law by not paying his legal obligations. This is very interresting by somebody who claims on stage to own 250.000 BTC as the Co-Founder of BTC and wants to lead other people into a “BETTER WORLD” and leaved all his four kids behind at the same time…

Anytime between 2013 and 2015 he renamed again to Jörg Molt. If you know that and search on google with his “former” real Name Jörg Örtl you get a feeling what the “Co-Founder of Bitcoin” really is – simply a CROOK – nothing else.

Jörg Örtl created a profile on XING, which is the German-speaking version of LinkedIn. At this time he did not know that he will have the plan to become a BTC-Crook – therefore this might be the only true source: 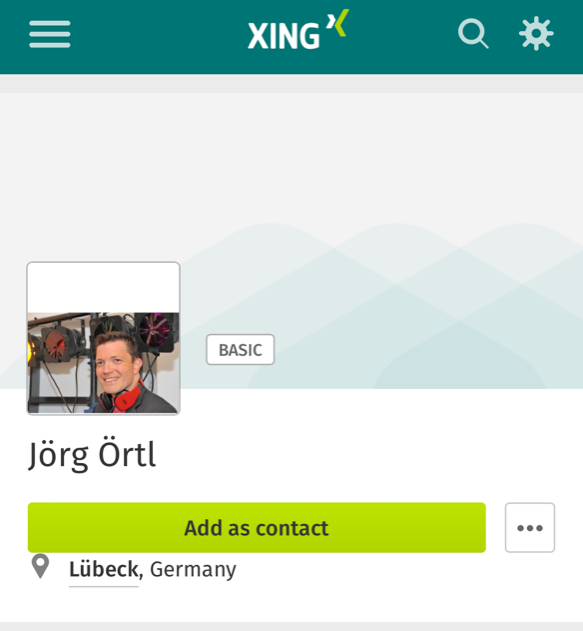 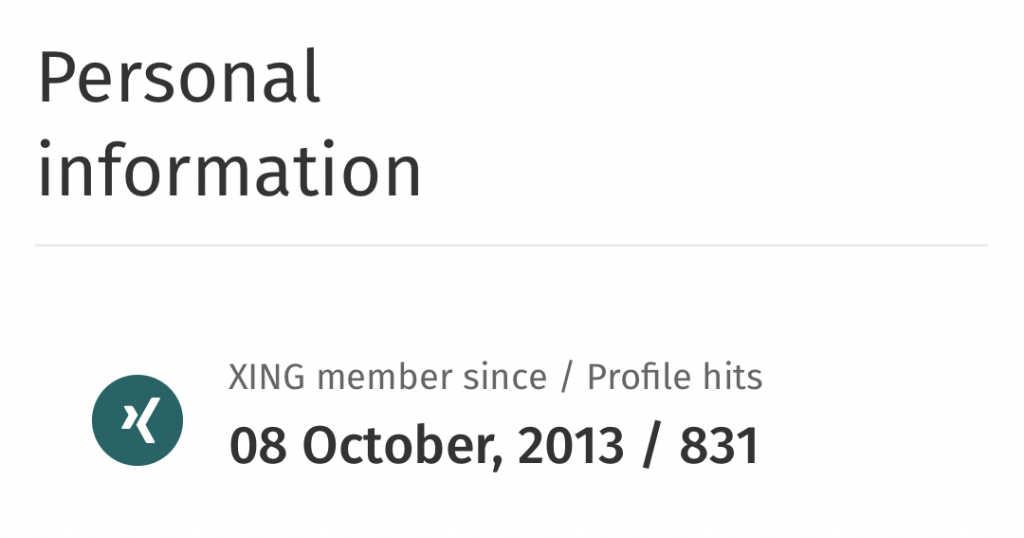 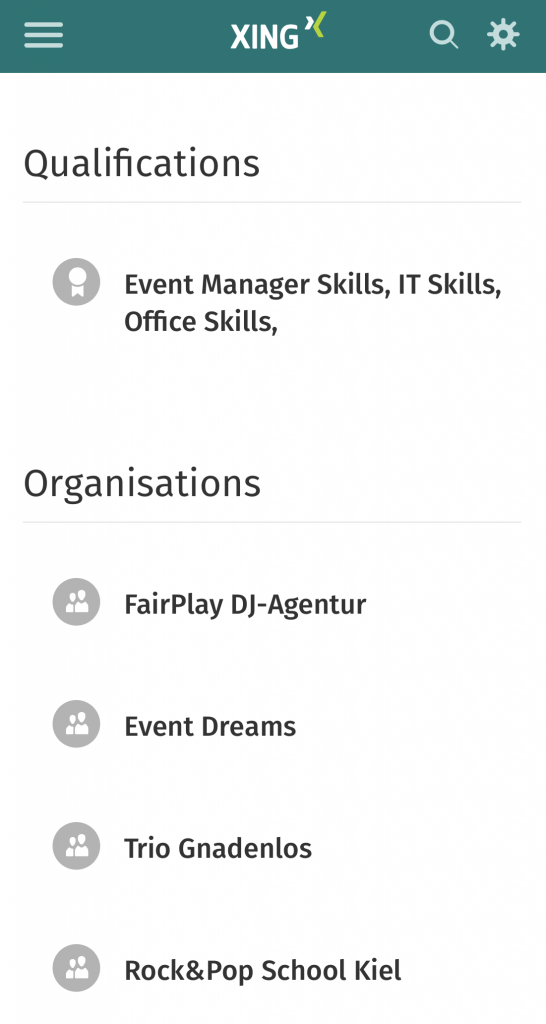 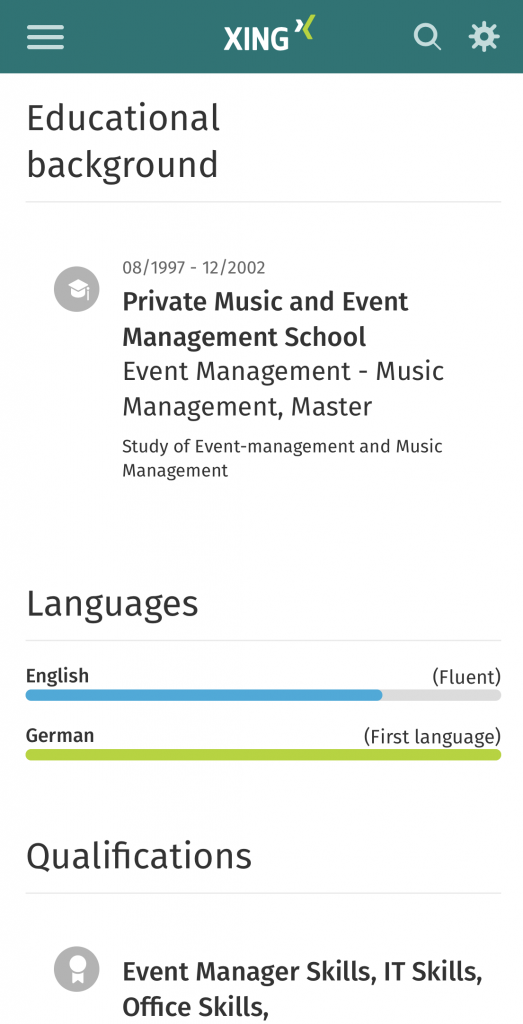 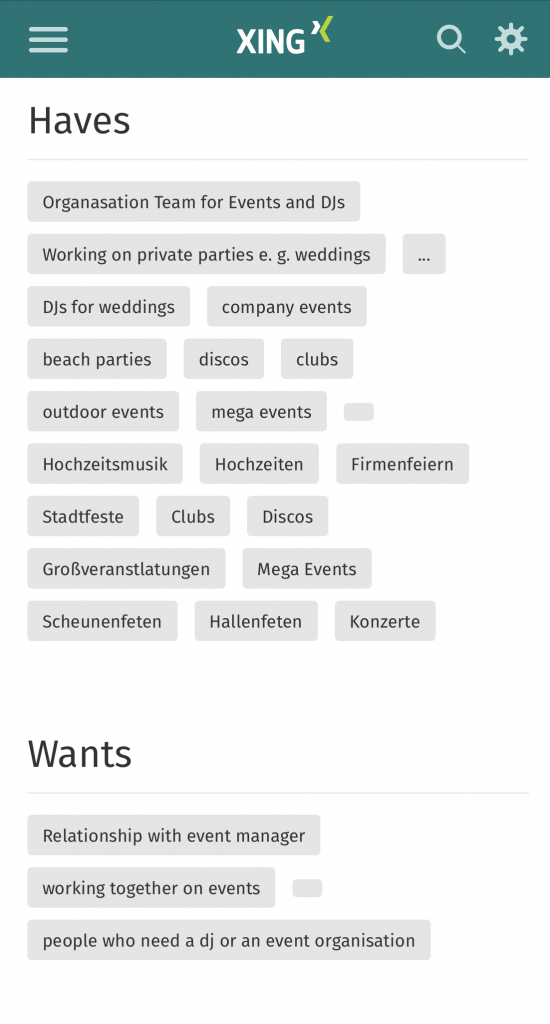 During his time as Jörg Örtl his profession was being the part of “Trio Gnadenlos” for years, playing on Weddings and Events. 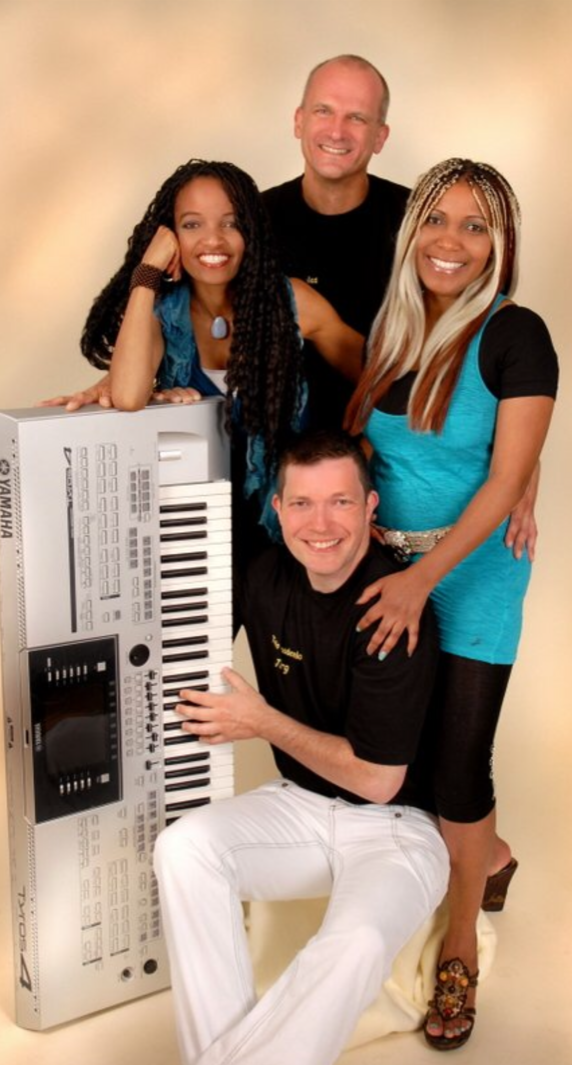 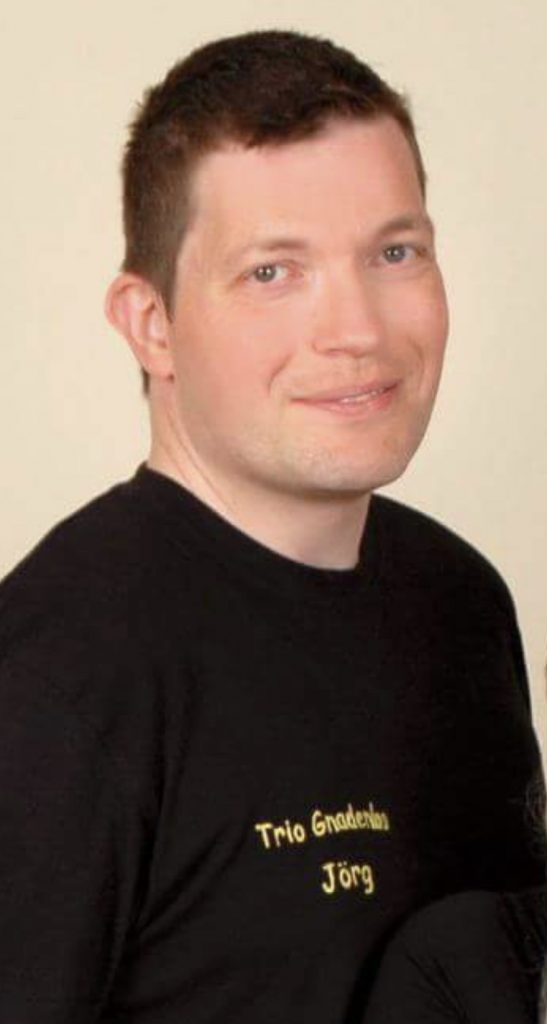 After his career as “Trio Gnadenlos” he started a solo career as “DJ SUNLOVE” together with his new girlfriend Monika in Erding Munich and a not registered company named “MJM-Event”. At the same time, he renamed to DJ MOLT (aka deejay Molt).

UPDATE: Here is a nice promo video of “Trio Gnadenlos” with Jörg Molt on the keyboard. We found the second “real talent” of Jörg Molt, beside tricking people, he must have been a not too bad musician… https://vimeo.com/46627390?ref=em-share

Most important proof that he is a crook (besides the fact that he says that he owns 250.000 BTC and plays on weddings throughout Germany, does not pay any child support for his kids with personal assets worth a 100 million USD in 2013/2014) is his Twitter profile. Here comes the most interesting part!

He started his active social media career on  Twitter  (besides 3-4 other Facebook profiles with his dogs in Erding/Germany) in mid-2014 with lots of tweets about soccer and politics frequently. 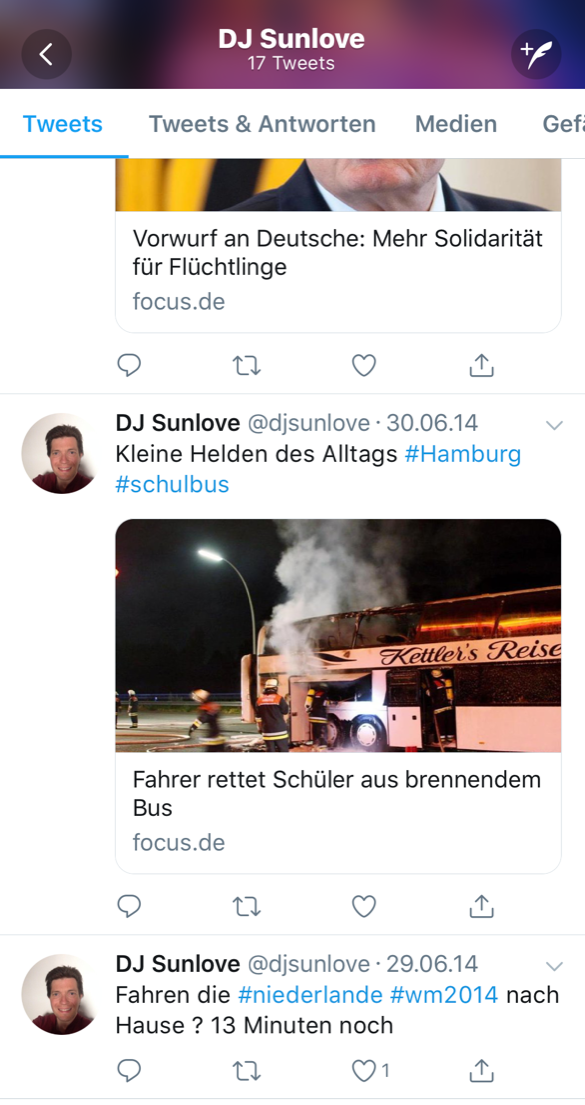 Then something happened between  February and July 2016 and Jörg came into Crypto, what he NEVER WAS BEFORE THAT TIME. With the material the community sent to us we assume that he came into Crypto the first time by visiting an event of Bitclub Network in Germany in 2016. We have evidence that Jörg told in 2016 that he is one of the co-founders of Bitclub Network. In summer 2016 he had the idea to sell education for small and medium companies in Germany and created his first Crypto-related Website “Vermögensaufbau 2016”, which he also twittered on his DJ Sunlove account. 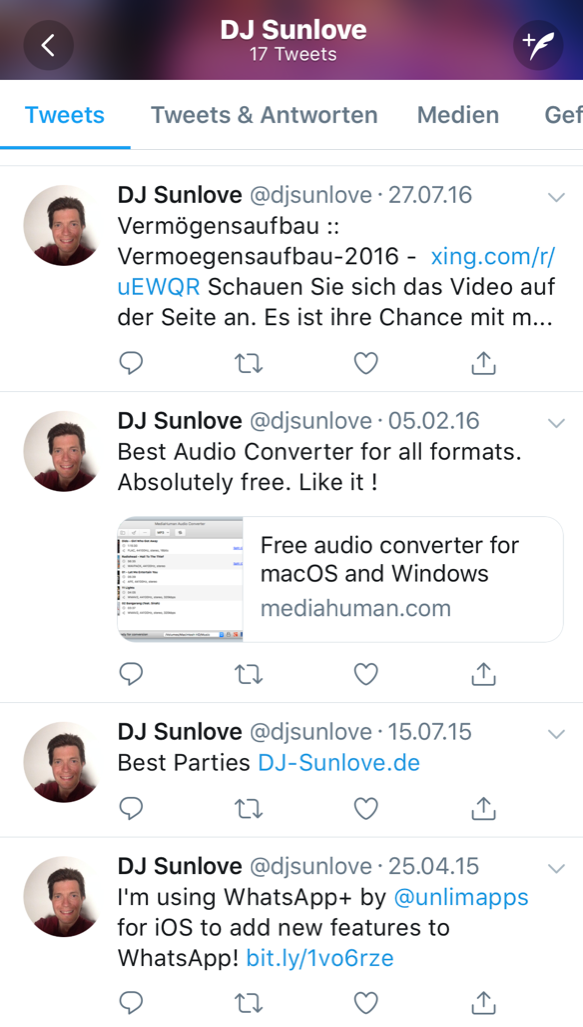 From that day on in summer 2016 he posted Crypto-related topics only. He was infected by the “Blockchain”-Virus, but instead of doing his stuff with his school, he decided to become a BTC-Crook!

After all the information we got from whistleblowers it seems that one of the main reasons Jörg Molt went into Bitcoin was to avoid further payments for his kids, which shows his “real” character.

First, his mania made him say that he is the “Co-Founder of Bitcoin” and a lot worse than that in summer 2017 – one year after he got into crypto – he started his BTC-Ponzi-scheme called “Bitcoin-Pensionsplan” which he operates until today….

These data are the clear evidence that Jörg Molt had no clue of Blockchain Technology before 2016, especially Bitcoin and he is NOT the Co-Founder Bitcoin! (Which multimillionaire occupies his mind with free audio converters – Twitter 5.th Feb. 2016 / 380 USD/BTC – with personal funds worth 100 Mio USD?)

At the end there is nothing left than to see Jörg Molt as what he is – simply a CROOK!